The head of Nisum's Blockchain Lab, Sebastian Martinez, talks about how sidechains' scalability can boost blockchain implementation in AiThority article. Read the full text below or view the article here. 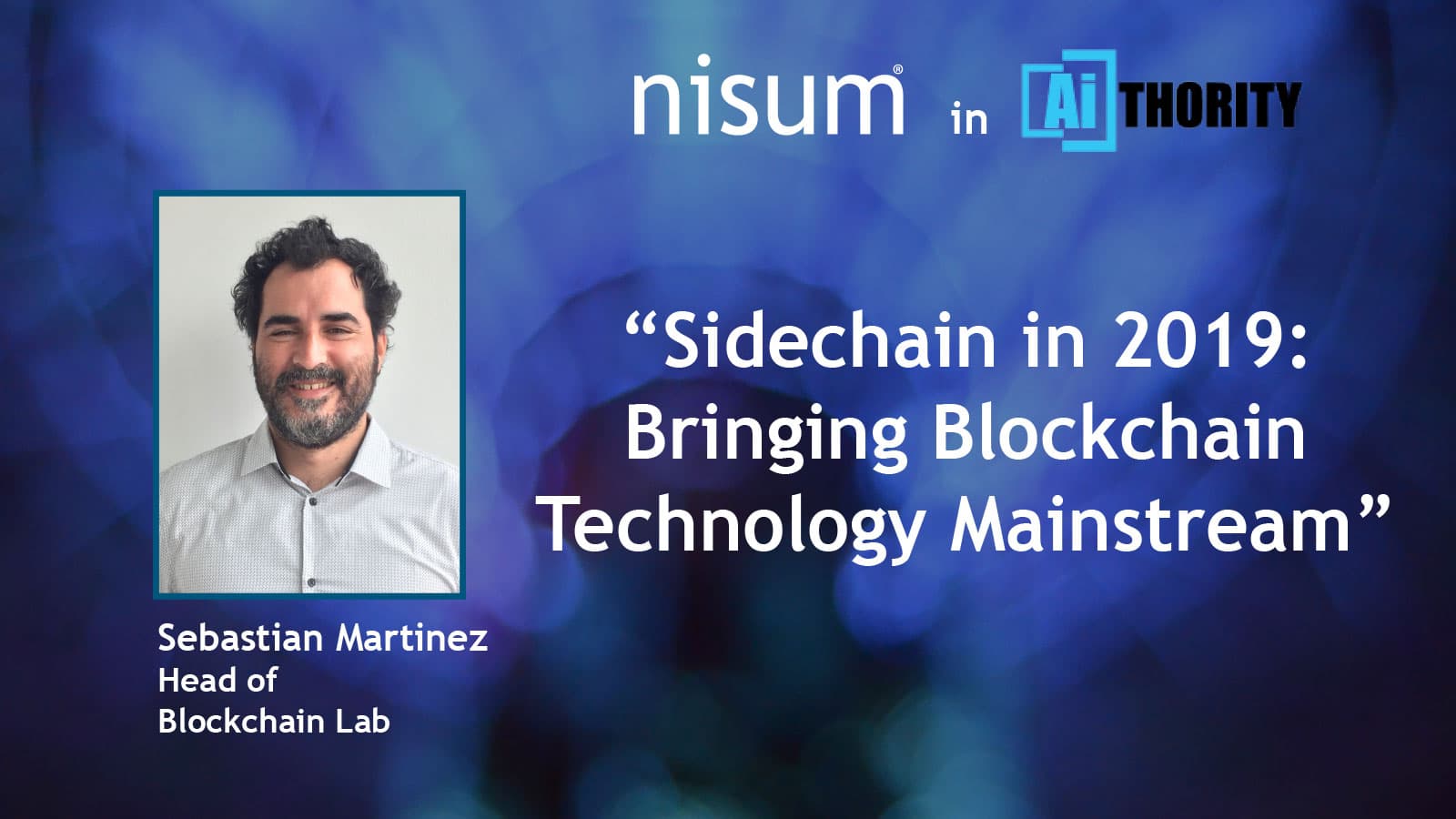 Blockchain is arguably one of the most significant technologies of the present moment, changing business as usual from Wall Street to auto manufacturing, healthcare to art. Less discussed but no less important is its younger sibling, sidechains. Far from a new concept, the idea of sidechains has actually been around since 2014, specifically, to address one of blockchain’s main challenges: scalability.

In early October 2018, Blockstream launched Liquid, bitcoin’s first sidechain and one of the most advanced implementations and use cases for sidechain — which begs the question, how will this technology further disrupt the industry in 2019 and beyond?

But first, let’s define exactly what it is that we are talking about. To cite an extremely technical definition from Hacker Noon:

In simpler terms, sidechains allow nodes from one blockchain to be securely used in a separate blockchain and moved back to the original blockchain.

When it comes to business value, sidechains enable blockchain to scale by allowing certified information from one blockchain to be used for another by deriving security from the main chain, markedly amplifying the use cases for worldwide blockchains apart from cryptocurrencies.

We do need to clarify something very important: sidechains will not replace blockchains. Rather, they will solve many of the main issues plaguing blockchain today. In fact, sidechains can potentially solve two of the most prominent problems with blockchain today; scalability and flexibility.

Taking a real-world example, we know that both Bitcoin and Ethereum have issues with flexibility and performance. Sidechains have been designed to fix those issues; for example Plasma for Ethereum and RSK for Bitcoin. In the case of RSK-SBTC, the sidechain works as a “lock and unlock” protocol to exchange data, ensuring stability and increasing performance near 100 TPS.

That’s not to say a sidechain is a magic bullet. There are still a few things to consider, for example, sidechains will add multiple independent, unsynchronised blockchains connected to the main blockchain. This will cause security constraints that will have to be addressed very carefully.

What we can be sure of is that sidechains will have a much larger role in conversations around blockchain and cryptocurrency. Sidechain technology effectively amps up blockchain’s horsepower, allowing disruption to occur at a much faster rate by adding more TPS and flexibility, and most importantly, facilitating blockchain applications in regular business scenarios.

Sebastian, Nisum’s Blockchain Lab Founder, has been developing technology solutions for over 20 years with companies across Latin America, Europe, and the United States. Leveraging his breadth of experience and insights, Sebastian helped create Nisum's Blockchain Lab, where he researches and builds solutions that bring exceptional value and differentiation for clients.